Calvert Watkins is the Victor S. Thomas Professor of Linguistics and the Classics, Emeritus, at Harvard University, and Professor-in-Residence in the Department of Classics and the Program in Indo-European Studies at the University of California, Los Angeles. He specializes in Indo-European comparative linguistics, especially Latin, Greek, Celtic, Hittite, and comparative morphology and poetics. He wrote the 'Appendix of Indo-European Roots' for the first edition of The American Heritage Dictionary and has revised it for the third, fourth, and fifth editions. 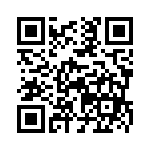