Hooking up is easy to do if you're a college student wanting to be popular. Go to a local bar frequented by students, get drunk, make eye contact with someone in the group you're with, or that you ... Teljes ťrtťkelťs elolvasŠsa

Dr. Bogle does a wonderful job describing the hook-up scene. She talks to college students and recent alumni in-depth about their views, beliefs, and experiences, and uses this data to illuminate the ... Teljes ťrtťkelťs elolvasŠsa

Kathleen A. Bogle is Associate Professor of Sociology and Criminal Justice at La Salle University in Philadelphia. She is the author of Hooking Up: Sex, Dating, and Relationships on Campus. 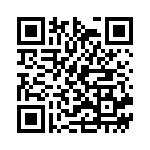