3. oldal
The governthe Christian representatives were in realor of Cyprus , called a mutassurrif , resided ity , although not avowedly , the choice of in the island , at Leufcosia or Nicosia . He the governor and caimakams ; but this ...
46. oldal
Taken one by one , was led to believe that the king would be the Constitutions , looked at as customs , satisfied with a mere verbal assent , to save cannot be called novelties . The novelty the king's honor , and that the matter would ...
752. oldal
drawn up to meet exigencies which have men are called gentlemen , and laundresses passed away , may say politically , socially and shopwomen , wash - ladies and sales . the principle of equality is doomed in ladies . 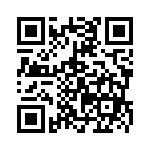