Elrena Evans received her MFA in creative writing from The Pennsylvania State University, and is a columnist for Literary Mama. Her work also appears in the anthologies Twentysomething Essays by Twentysomething Writers and How to Fit a Car Seat on a Camel.

Caroline Grant is Senior Editor and a columnist for Literary Mama. She holds a PhD in comparative literature from the University of California at Berkeley. 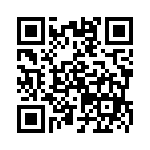