25. oldal
In the sixteenth century, when it was proposed to translate this terminology into
French, it was found that the French language, and consequently French usage,
had not as many words at its disposal as had Latin or at least learned Latin.
28. oldal
All the same, in its attempts to talk about little children, the French language of the
seventeenth century was hampered by the lack of words to distinguish them from
bigger ones. The same was true of English, where the word 'baby' was also ...
118. oldal
An American professor of French, L.Wylie, who spent his sabbatical year 1950-1
in a village in the south of France, was astonished by the seriousness with which
the masters at the primary school treated their pupils, and the parents, who were
... 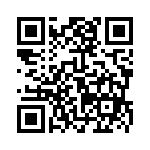