xvi. oldal - with funds from the National Endowment for the Humanities, the United States Information Agency, and the US Department of State, which administers the Russian, Eurasian, and East European Research Program (Title VIII); the
1986 és 2007 között 59 könyvben jelenik meg
14. oldal - property" is best seen as directing attention to a vast field of cultural as well as social relations, to the symbolic as well as the material contexts within which things are recognized and personal as well as collective identities made.
1998 és 2004 között 6 könyvben jelenik meg
Továbbiak
1. oldal - Privatization is when someone who doesn't know who the real owner is and doesn't know what it is really worth sells
1994 és 2004 között 9 könyvben jelenik meg
Kevesebb

Katherine Verdery is Distinguished Professor of Anthropology at the City University of New York Graduate Center. She is the author of Transylvanian Villagers, The Political Lives of Dead Bodies, What Was Socialism, and What Comes Next?, and National Ideology under Socialism and the coeditor of Property in Question: Value Transformation in the Global Economy. 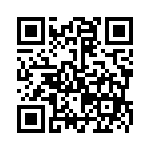