60. oldal
Another point is , that England , the whole of India , China , and the Australian colonies , would be placed in mutual connexion , so that each place could receive mail steamers from all the others once a month ; and commercial ...
150. oldal
48,946,325 58,848,042 EXPORTS of Britisu PRODUCE and MANUFACTURES to the British Colonies and Dependencies , in the Year 1849 . Declared Value . £ . Channel Islands and Heligoland . 634,482 Gibraltar and Malta .
196. oldal
Lord Brougham presented a petition from persons in Australia praying to be heard by counsel at the Bar before going into Com . mittee on the Australian Colonies Government Bill , and moved their lordships Accordingly ; the motion was ... 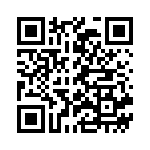