Robert Ruby, author of Jericho, has worked as the Baltimore Sun bureau chief in Paris & in the Middle East. He now lives in Baltimore & is an editor at the newspaper.

John A. Brown was Professor Emeritus of History at Wenatchee Valley College, Washington. He is coauthor of numerous books, including Indians of the Pacific Northwest: A History. 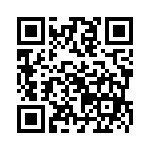