3. oldal
The Northmen held the transBei father and king . migration , or rather the reincarnation of souls . The Thorstbing or Housethings , now shortened They believed by giving a child the name of into Hastings , only survives amongst us as ...
44. oldal
Though short of stature and somewhat certain number of youths , and especially those rotund , he was not bad looking , and he possessed whose fathers had fallen in the king's service on a talent for writing .
436. oldal
Jacobean days :The Sunderland Herald of 25 , 28 , 29 February , “ King James I. , on one of his journeys through the 2 and 3 March , 1888 , gave very long extracts kingdom , arrived at Malpas unattended , and took up his from the ... 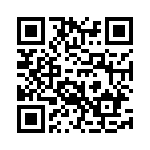