61. oldal
I yearned getting SHEIT He appeared to be without a care , and that was all to the good . Crag - fast sheep tend to grow desperate , and I have known a frantic yow , within moments of being rescued , fling herself to destruction .
210. oldal
On this occasion Mr Arkwright's tall , spare and dignified figure suddenly appeared from behind the metal workshop , a most unusual place for him to be . As was his custom , he was walking with a peculiar , flat - footed , trudging lope ...
442. oldal
The game appeared to be a cross between Rugby , association football , basketball , and shinty without the sticks ... play and one for the TV cameras which appeared from nowhere - and the only dignified thing about the whole performance ... 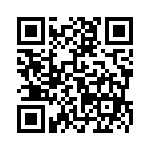