The natural history of the Bible: an environmental exploration of the Hebrew scriptures

With all the commentaries and books on the Hebrew Scriptures that have appeared over the years, it would seem nearly impossible to write something unique and illuminating. Yet this is precisely what ... Teljes értékelés elolvasása

Daniel Hillel is professor emeritus of environmental studies, University of Massachusetts, and senior research scientist, Center for Climate Systems Research, Columbia University. He is the author or editor of more than twenty books, including Negev: Land, Water, and Life in a Desert Enviornment; Out of the Earth: Civilization and the Life of the Soil; and Rivers of Eden: The Struggle for Water and the Quest for Peace in the Middle East. He is the 2012 World Food Prize Laureate. 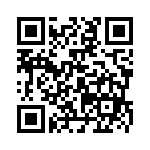