145. oldal
very usual when it led to such a result as that I Then follows a page and a half describing the have described . battle . As a matter of fact , however , no battle On the whole , further evidence seems to be was ever fought in this or ...
393. oldal
If a to further searches , and not fewer than seven description of the place in former times be desired , children were thus discovered , but none ever it will be found in the Dorsetshire histories , to tamed .
474. oldal
7 in Wagstaffe's list is , I county bas other smaller divisions , of which some believe , rightly described as 8vo . , 1. e . , sixteen town forms the centre or the eponymos , as the pages to the sheet . * Reprinted in R.M. An . Ainsty ... 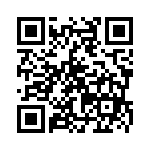