Shaye J. D. Cohen is Ungerleider Professor of Judaic Studies and Professor of Religious Studies at Brown University. His earlier books include Josephus in Galilee and Rome: His Vita and Development as a Historian (1979) and From the Maccabees to the Mishnah: A Profile of Judaism (1987). 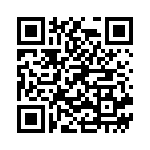