Otto Rank (1884-1939), one of the most important figures in psychoanalysis, wrote several influential works on the mind, art, literature, and religion, including The Incest Theme in Literature and Legend and Psychology and the Soul, both published by Johns Hopkins. Gregory C. Richter, Ph.D., is a professor of German and linguistics at Truman State University. E. James Lieberman, M.D., is a practicing psychiatrist and a clinical professor of psychiatry at George Washington University. Richter and Lieberman previously translated Rank's Psychology and the Soul. Robert A. Segal, Ph.D., is a professor of religious studies at Lancaster University, and a renowned authority on mythology. 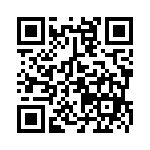