148. oldal
Let us pass over conduct , and finally to continue to pay the three remaining reasons , and proceed him the ... in his inder Spyck was alarmed , apparently not teresting “ Collectanea ad vitam Spiwithout reason , fearing that the mob ...
151. oldal
He had every reason to fear after his death , has been accused of pusillanimity , we have he replied that the words had only es- found him constantly brave ; of bitterness , caped him unintentionally , by force of and we have met with ...
288. oldal
But if there was anything likely Thus , then , I think , we see reasons for to cure him of prejudices it was to see I many at ... that all these varieties have been phere ; but surely that was no reason why explained or are understood . 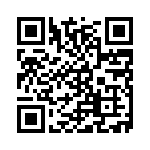