SYDNEY SMITH is an illustrator born and bred in Nova Scotia. He attended the Nova Scotia College of Art and Design and has been in Halifax since receiving his BFA in 2006. Since then, he has collaborated with many musicians and authors, including two children's books with Sheree Fitch. He was awarded the Mayor's Award for "Mable Murple" in 2011. 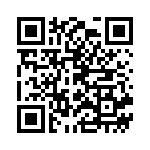