A Flash of lightning in the dark of night: a guide to the bodhisattva's way of life

The Dalai Lama, the leader of Tibetan Buddhism, delivered this teaching and commentary on Shantideva's The Way of the Bodhisattva (Bodhicharyavatara Sutra) for Westerners in a week-long instruction in ... Teljes értékelés elolvasása

His Holiness the Dalai Lama, Tenzin Gyatso, was born in 1935 in the province of Amdo in eastern Tibet. When he was two years old he was recognized as the fourteenth in the line of Dalai Lamas, the spiritual masters who for three centuries had governed the country. After China invaded Tibet, the Dalai Lama took refuge in Northern India, where he has led and inspired the Tibetan community in exile. 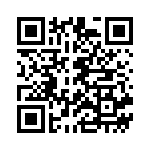