222. oldal
of England's and Germany's good Looking back on the Czech crisis graces , with nothing to fall back on some interesting new reflections and except the more than doubtful friend- suggestions have been made - one , for ship of Italy ( the ...
297. oldal
If England and France were sure of victory , they would certainly have fulfilled their duty of saving Czechoslovakia , or of dying with it . But they quailed before the combined violence of Germany and Italy .
368. oldal
Unfortunately for him , England 3,000,000 the ship was wrecked on the coast of Hussar New York , United Zululand . States 1,000,000 Several expeditions have tried to Santa Cruz Wales , England 1,000,000 Prince Sebastopol locate the ... 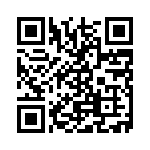