Robert Penn Warren taught English at Yale University and was the winner of the Pulitzer Prize for fiction and one for poetry, and of the National Book Award for poetry. He was the author, with Cleanth Brooks, of Understanding Fiction, and of the novels All the King's Men, World Enough and Time, Band of Angels, and Flood, as well as many other works of fiction, poetry, and literary criticism. He died in 1989.

Albert Erskine was a vice president and executive editor at Random House in New York. He was also on the staff of The Southern Review and was associated with the Louisiana State University Press. He died in 1993. 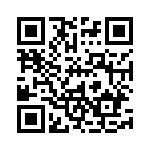