Wilson was born in Lebanon, Missouri, and began to write plays while at the University of Chicago. In 1969 he helped found the off-Broadway Circle Repertory Company, becoming its chief playwright. He thus has had the rare opportunity to develop his craft in collaboration with a permanent company of actors and a theater where he could try out and, if necessary, revise his plays. Like The Hot l Baltimore (1973), which ran for 1,166 performances and set an off-Broadway record for a nonmusical, many of Wilson's plays are vaguely realistic in manner, emphasizing characters over plot, and featuring likeable misfits and deviants. Fifth of July (1978), Talley's Folly (1979), and Talley and Son (1981) are all about the Talley family of Lebanon, Missouri. Fifth of July, a Broadway smash hit, deals with people who were "burned" physically and psychologically by the 1960s but who can still dream of a democratic America. Talley's Folly, another Broadway hit, is an unabashed love story about the Jewish outsider, Matt, and the misfit of the Protestant Talley family, Sally. Talley and Son tells of the financial and other machinations of three generations of Talleys. This story of meanness and greed has often been compared with Lillian Hellman's The Little Foxes. .Angels Fall (1982) concerns a group of people brought together in a mission in northwestern New Mexico by a nuclear accident. Although it seems at first that the play will comment on an impending apocalypse, its actual themes deal with daily questions: how to live and love, how to teach and learn, and how to find one's vocation. Burn This (1987) is the story of a young dancer, Anna, who is profoundly distressed by the death of her gay collaborator. Her life is transformed by the bizarre and explosive arrival of Pale, the dead man's older brother. Shocking, outrageous, and larger than life, the play presents Wilson's views on art, human sexuality, and love. It is a poetic and cataclysmic work in which art is seen as a sacrament, as an outward sign for inward, chaotic, and exhilarating truths. Burn This, which opened on Broadway in the fall of 1987, is Wilson's masterpiece. Lanford Wilson is a distinctly American playwright whose works reflect his roots in the Ozarks as well as in his adopted home, New York City. The esteem in which he is held is attested to by the respect of numerous critics and by the many awards he has received: a Vernon Rice Award, several Rockefeller and Guggenheim fellowships, the Brandeis University Creative Arts Award, Obies for The Hot l Baltimore and The Mound Builders (1976), and a Pulitzer Prize and New York Drama Critics Circle Award in 1980 for Talley's Folly. 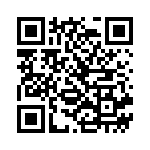