Boris Groys is an art critic, media theorist, and philosopher. He is Global Distinguished Professor of Russian and Slavic Studies at New York University and Professor of Philosophy at the European Graduate School in Saas-Fee, Switzerland. He is the author of Art Power, History Becomes Form: Moscow Conceptualism (both published by the MIT Press), and other books. 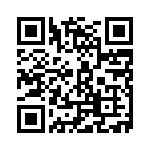