Gabriel Mesta is better known as his alter ego of Kevin J. Anderson. He has over 16 million books in print in 29 languages. Readers are most familiar with his Star Wars and X-Files novels; the Young Jedi Knights series with his wife, Rebecca Moesta; the prequels to Dune with Brian Herbert; and his original SF epic, "The Saga of Seven Suns" -- Hidden Empire, A Forest of Stars, and Horizon Storms (in which "Gabriel Mesta" briefly appears as a fictional character). His previous "fantastic historical" novel, Captain Nemo (written under the not-so-clever pen name of K. J. Anderson), has been optioned for a feature film or a TV miniseries. For more information on his numerous projects, see his website, www.wordfire.com.

Tracy Hickman was born on November 26, 1955 in Salt Lake City, Utah. He entered the Missionary Home in Salt Lake City in 1975. From there, he was sent to Hawaii for language training for his eventual trip to Singapore. He was stationed in Hawaii and taught at the Mission House while waiting for his visa to come in. He preached the Mormon way of life in Indonesia for a year and a half. He was honorably released in 1977, and held a series of odd jobs after returning to the states including glass worker, television assistant director, and drill press operator in a genealogy center. In 1981, he approached by TSR about buying two of his gaming modules. He was hired by the company instead and began working with Margaret Weis. They wrote the DragonLance Chronicles together as well as over 40 books. He wrote two solo novels Requiem of Stars and The Immortals. 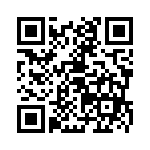