BRENDA AYRES is Professor of English at Middle Georgia College. Her previous books include Dissenting Women in Dickens' Novels (1998) and Frances Trollope and the Novel of Social Change (2001), both available from Greenwood Press. 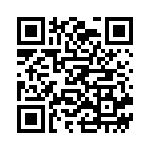