Although I find wading through Sakespeare sonnets and plays a huge bore (It must be me, I understand he is well regarded by others) reading about the authorship I do find very interesting. From the ... Teljes értékelés elolvasása

Piffle. Not a shred of direct evidence linking Henry Neville with Shakespeare except two or three admittedly interesting linguistic coincidences. Only reccomended for Shakespeare industry junkies (sadly that includes me) Teljes értékelés elolvasása

Brenda James is an English literature lecturer. At the British European Centre, she ran specialist classes in Shakespeare Studies and lectured on English and Civilization. She lives in West Sussex, England.

William D. Rubinstein is a professor of modern history at the University College of Wales, Aberystwyth. Recently invited to become a Trustee of the Shakespearean Authorship Trust, he is the author of several books. He lives in Aberystwyth, North Wales. 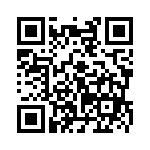