211. oldal
I do not believe that Shakespeare Bishop that some part of Sir John Falstaff's character at any time identified his fat knight with the was drawn from a towdoman of Stratford , who either Lollard martyr , por do I think that the anony ...
390. oldal
“ I really believe that , with the exception of my old As a matter of fact there was , I believe , in the Spanish infantry , I have got not only the worst troops , battle of Waterloo but one regiment of British but the worst equipped ...
462. oldal
... if anything was to be found . invasions , “ but particularly by his code of laws , Therefore , if it is not to be found at Budapest , his taste for building , and his love of letters in a I firmly believe it can be found at Kief . 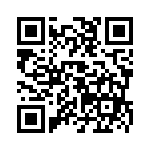