27. oldal
Later that same day Moa and Koki took me on a slow tour of the well - ordered village , behind which lay the communal gardens where , thriving handsomely , were sweet potatoes , pumpkins , watermelons , peanuts , tomatoes and carrots .
222. oldal
They particularly liked a simple song by Jack Hulbert , ' The flies crawled up the window ' , in the middle of which he would break into an infectious laugh , whereat the whole village rocked with merriment , and demanded it again and ...
453. oldal
He liked his signallers - it was a headquarters signal regiment — to get out and about to play the local villages ... Grately , my Hampshire village , has many things to commend it : woodland and country lanes , ancient Celtic and Roman ... 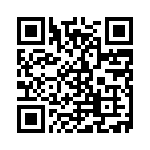