Rudolph P. Byrd (1953-2011) was Associate Professor of American Studies and Director of the Program of African American Studies at Emory University. He is author of Jean Toomer's Years with Gurdjieff and editor of I Call Myself an Artist: Writings by and about Charles Johnson.

Beverly Guy-Sheftall is founding director of the Women's Research and Resource Center at Spelman College and the Anna Julia Cooper Professor of Women's Studies. Her previous publications include Words of Fire: An Anthology of African American Feminist Thought and Daughters of Sorrow: Attitudes Toward Black Women, 1880-1920. 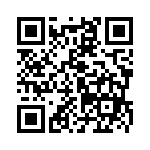