62. oldal
As the which I certainly never contemplated . letter , a very characteristic one , has been published The result of ... of a large mass of original | no necessity for its reproduction here . letters and documents connected with Mrs.
134. oldal
It less ) , George , Pierce ( died childless ) , and a daughter is used of words of which each individual letter married to Dudley Bagenal , of Dunleckney , co . represents , or is supposed to represent , the initial Carlow .
426. oldal
The following letter , addressed bells or bell - founders of Northants , will be very to a near relative of mine , long since gone to acceptable to me . Thomas NORTH , F.S.A. his rest , who was a warm supporter of Lord The Bank ... 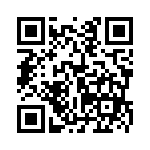