Although I find wading through Sakespeare sonnets and plays a huge bore (It must be me, I understand he is well regarded by others) reading about the authorship I do find very interesting. From the ... Teljes ÈrtÈkelÈs elolvas·sa

Piffle. Not a shred of direct evidence linking Henry Neville with Shakespeare except two or three admittedly interesting linguistic coincidences. Only reccomended for Shakespeare industry junkies (sadly that includes me) Teljes ÈrtÈkelÈs elolvas·sa

William Rubinstein is Professor of Modern History at the University College of Wales, Aberystwyth. He has had a long-standing interest in the Shakespeare Authorship question and has recently been invited to become a Trustee of the Shakespearean Authorship Trust, a body set up in 1922 to provide a neutral and positive forum for interested groups and individuals to debate the true authorship of Shakespeare's plays and poems. He's published widely on many aspects of modern history and his books include Genocide (Longman, 2004), Twentieth-century Britain: A Political History (2003), Philosemitism: Admiration and Support for Jews in the English-speaking World 1840-1939 (1999).

Brenda James has pursued a life-long interest in Shakespeare. She worked as a lecturer in English and Civilisation with the British European Centre where she ran specialist classes in Shakespeare studies, while also working as a part-time lecturer in English on the Portsmouth University Bachelor of Education course and researching aural history for Hampshire County Council. For the past seven years she has devoted her time to researching aspects of Shakespeare's poetry and plays, also returning to her teenage interest in cracking Elizabethan codes and ciphers and in historical calligraphy and its transcription. 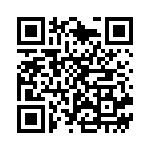