47. oldal
The same man had a ship liberally , placed it at the disposal of “ intending called Farcost , and a third called Garland . See editors . " " Is it known where it is now ? Testamenta Eboracensia , i . 139. Robert RyllyngThe discrepancies ...
90. oldal
When the colleges either did not exist or exercised 1463 “ Begyngburgh near Wollefesch , ” in 1464 the no appreciable influence on the university , it was cussame place is called Bygyngarth , " and in 1647 Biggin tomary to delegate to a ...
177. oldal
This is called by them comboloio . The Ave Marias Oxford . were often divided into three columns , white , red , and damask roses , signifying the joyful , sorrowful , much earlier than your correspondent mentions , in EURASIAN ( 6th S. 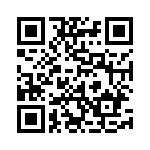