This book highlights the eighteenth-century murder of an earl's mistress and the maddening love which led to it. The author delves into the lives of Martha Ray, the Earl of Sandwich, and Martha's ... Teljes ÈrtÈkelÈs elolvas·sa

LOVE & MADNESS: The Murder of Martha Ray, Mistress of the Fourth Earl of Sandwich

A stirring account of a crime of passion that was a tabloid sensation in mad King George's London.The antiquarian story is rather less sensational now. Leading players include the Earl of Sandwich ... Teljes ÈrtÈkelÈs elolvas·sa

Martin Levy is a respected historical researcher who has written for the Oxford University Press. He makes his home in England. 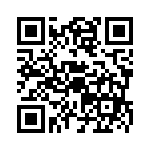