47. oldal
In the he seashore , but none the less , once wireless headphones , on whatever our tank had been parked off the road , frequency , from troop , squadron , or he inevitable can of tea was soon unit commander , one could hear re ...
211. oldal
more or less sons were as everyone knows , is derived from a Normandy . They had been hidden in word of Corsican origin meaning a two small farmhouses since the pretract of heath - covered country wherein ceding June by loyal Frenchmen ...
215. oldal
With the Allied land . ings , the F.F.I. went into action with renewed vigour , and in heavy fighting round the villages in Morbihan and the Côtes - du - Nord had inflicted no less than seven thousand casualties on the German troops . 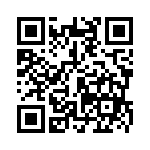