Highly recommended book. This is the best collection of short stories I have ever read. It is crime fiction at its best. Brilliantly assembled, and beautifully edited. You will find contributions from ... Teljes értékelés elolvasása

Tony Hillerman, one of America's leading mystery novelists, was named a Grand Master by the Mystery Writers of America. He is the creator of the Joe Leaphorn and Jim Chee characters, and his books include Dance Hall of the Dead, A Thief of Time, Talking God, and The Shape Shifter.
Rosemary Herbert has reviewed mysteries for many publications including the New York Times, Washington Post, Boston Herald, and Minneapolis Star-Tribune. She is editor-in-chief of The Oxford Companion to Crime and Mystery Writing and the co-editor (with Tony Hillerman) of The Oxford Book of American Detective Stories. She also edited Whodunit? A Who's Who in Crime and Mystery Writing and Murder on Deck! Shipboard & Shoreline Mystery Stories. She lives in Rockland, Maine, and Gloucester, Massachusetts. 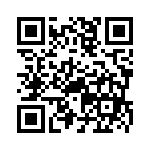