45. oldal
Between this operation and the Rhine crossing , in which the squadron also took part , they ferried every kind of ... In Coastal Command there were three Royal Canadian Air Force flying - boat squadrons , and although by the last twelve ...
45. oldal
24 Squadron , and its Street , Berkeley Square , London , W.1 , is now full , and a formation brings the total of C.A.F. ... Similar squadrons already operate in The Club is owned and managed by the Pathfinder AssociaPerth , Melbourne ...
45. oldal
616 Fighter Squadron , R.A.F. based at Manston and under command of Wing . Cmdr . McDowell , D.F.M. and Bar , received two non - operational Meteor 1s — the first delivery of jet aircraft to an R.A.F. Squadron . 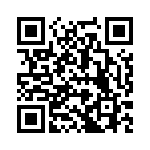