. oldal
THIS fascinating book examines the origins of the peoples of northern Europe, of
the cross-cultures which developed around the North Sea and the Baltic rather
than around the Mediterranean. Germans and Anglo-Saxons, Picts, Scots, Irish, ...
9. oldal
In a time when European unity is under constant consideration we may look back
to our roots and examine the validity of the concept, particularly in so far as it
concerns northern Europe. To those who speak English, Dutch, German, Flemish
...
10. oldal
the history and heritage of Northern Europe, AD 400-1100 Christine E. Fell,
David Mackenzie Wilson. Writing is the bridge between history and prehistory
and all the peoples covered by this book - the Germanic tribes, the Celts, the
Norsemen, ... 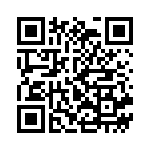