28. oldal
Jonah began grinding slowly through it , his bonnet tilted before our eyes . The grade , we later determined , was one in four for four miles . The climb went on for a long time , during which none of my wives spoke .
142. oldal
I began to fight the obese eiderdown . It balanced awhile on my hip , then fell to the floor . I recovered it and drew it over my shoulders , leaving my feet exposed . Three o'clock chimed and soon the men of Innsbruck began trooping ...
143. oldal
The thirteen began directing us together , pointing arms to every direction of the compass . Above the babel I pleaded , “ Nix Deutsch ! Sprechen Englisch ? ” One of the men , who was , I gathered , the schulmeister , addressed me ... 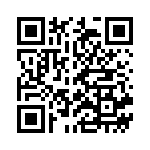