James Russell Lowell (February 22, 1819 - August 12, 1891) was an American Romantic poet, critic, editor, and diplomat. He is associated with the Fireside Poets, a group of New England writers. But Lowell's real strengths as a writer are better found in his prose essays than in his verse. A man great in literary learning (he was professor of belles-lettres at Harvard College for many years), wise and passionate in his commitments, he was a great upholder of tradition and value. His essays on the great writers of England and Europe still endure, distinguished not only by their astute insights into the literary classics of Western culture, but also by their spectacular style and stunning wit. Lowell graduated from Harvard College in 1838 and went on to earn a law degree from Harvard Law School. He published his first collection of poetry in 1841. Nor was Lowell merely a dweller in an ivory tower. In his youth, he worked passionately for the cause of abolition, risking his literary reputation for a principle that he saw as absolute. In his middle years, he was founding editor of the Atlantic Monthly and guided it during its early years toward its enormous success. In his final years, this great example of American character and style represented the United States first as minister to Spain (1877--80), and afterwards to Great Britain (1880--85). Lowell was married twice: First to the poet Mary White Lowell, who died of tuberculosis, and second to Frances Dunlap. He died on August 12, 1891, at his home, Elmwood. He was buried in Mount Auburn Cemetery.

Edgar Allan Poe was born in Boston, Massachusetts on January 19, 1809. In 1827, he enlisted in the United States Army and his first collection of poems, Tamerlane and Other Poems, was published. In 1835, he became the editor of the Southern Literary Messenger. Over the next ten years, Poe would edit a number of literary journals including the Burton's Gentleman's Magazine and Graham's Magazine in Philadelphia and the Broadway Journal in New York City. It was during these years that he established himself as a poet, a short story writer, and an editor. His works include The Fall of the House of Usher, The Tell-Tale Heart, The Murders in the Rue Morgue, The Mystery of Marie Roget, A Descent into the Maelstrom, The Masque of the Red Death, and The Raven. He struggle with depression and alcoholism his entire life and died on October 7, 1849 at the age of 40. 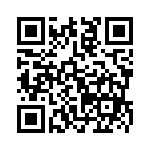