118. oldal
The king and Prince Ferdinand of Bruns- presumptive , or rather , in truth , heir - apparent to wick were distinguished on that day by their val- | the throne , and great - grandfather of the present or and exertions .
122. oldal
The king | General Harsch had invaded Silesia , and invested in the mean time , after attempting against the the fortress of Neisse . Daun , after his success at Austrians some operations which led to no very Hochkirchen , had written ...
176. oldal
The people drew aside , to allow tria , in whose dominions his wife had already found him to pass . shelter . The ex - king listened with attention . At Scarcely , however , had he left the market - place , this moment the ... 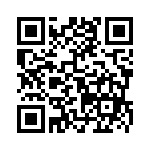