102. oldal
Thereupon he is bidden to set aside forty days in which, under divine inspiration,
he would dictate to five chosen companions 'all that has happened in the world
since tlie beginning, even the things which were written in thy law'. Ezra did as he
...
108. oldal
... been possible for the prophets before them. The divine purpose which ran
through all history would not, 1 E. Bevan, op. cit., p. 86. 2 Op. ext., pp. 6-7.
however, cease with the climax of history, for 'the Most 108 BETWEEN THE
TESTAMENTS.
132. oldal
But although he is divine, he may yet be thought of as the typical or ideal man
who, as 'the Elect One', stands at the head of 'the elect ones' in the heavenly
kingdom. His character is marked by wisdom, understanding and righteousness,
and ... 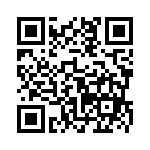