53. oldal
... continued by dug - out marched east across the hills , beset by canoe to a riverside Mrung village , leeches and stung by giant nettles , whose headman Tuekam Thonglien and camped by an unfriendly village received them hospitably .
61. oldal
On 28th overtures with contempt , but agreed October he went down to Chittagong to inform the chief of a neighbouring to meet General Brownlow , ' a а village , Vanhlula , that the Sailos gentlemanly , refined - looking man , would not ...
63. oldal
village was attacked by Colonel patched an officer to bring her out Macpherson's Gurkhas , Major of the hills . When he first saw her , MacIntyre leading the assault and a pretty child with fair complexion being first over the stockade ... 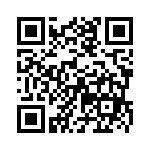