As a descendant of European settlers in and native of Hawaii with over six decades of international living, the author has actively pursued his interests as a commercial pilot and flight instructor, linguist, free-lance writer and photographer, scuba diver, globetrotter. He studied and worked in Europe, trekked from India to Iran, climbed Mt. Kilimanjaro, worked on a kibbutz in Israel, attended language courses in Spain and Russia. He has sailed the Bahamas, made four parachute jumps and has dived extensively on wrecks in Micronesia. For an extensive look at the author's background, visit him on Facebook at David Alan Kraul or Live Now Die Later A Book for the Sensitive Mind and Rugged Individualist. You can also peruse the research for this book by googling Moon Theism Facts. 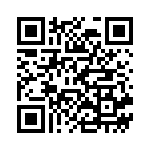