176. oldal
Blitz and Blitzstrahl are virtually equivalent to our Shooting stars , too , which are commonly seen thunderbolt , which after all now means nothing in a blae sky , may also have contributed some more than a flash of lightning , as is ...
285. oldal
Dryden , carriage , as we have seen , was always called a And his own thoughts along that rugged way hinto , hintů szekťr , or hintů kocsi in Magyar Pursued , like raging bounds , their father and their prey . Adonais .
337. oldal
Sir , ' said the Doctor , ' when you have seen sang the sad fate of the massacred birds and de- one green field , you have seen all green fields ; sir , I like Let us walk down Cheapside . nounced the slayer , who was eventually tried ... 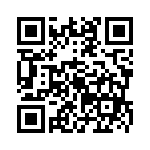