126. oldal
It will be seen that this interpretation is restrictive; but it has no legal force. It
would, however, be an exaggeration to think that Article 19, even though limited,
has no value. It might in some future crisis afford the ideal solution of a dispute.
412. oldal
That is, while one limb of the force fixes the enemy, pinning him to the ground
and absorbing his attention and reserves, the other limb strikes at a vulnerable
and exposed point — usually the flank or line of retreat and communications in
war, ...
672. oldal
Of these forces the downward and forward thrusts were maximum and could be
exerted against any flat surfaces at right ... direction of force, while the pull-back
or lifting forces, when large, required loops through which the tentacle could pass
... 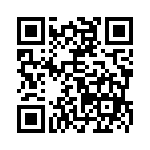