221. oldal
The sainted “ As I say , Aunt Esther seemed Aunt , the dam - Ned Uncle , " he all
right . She was pouring me a remarked . second cup of coffee when she said ,
Donovan did not hear him ; he ' I'm so sorry , but I'm afraid I'm was trying to work ...
225. oldal
At one o'clock in the morning he was under Aunt Esther's window , asking her to
come over and comfort and support his wife . Aunt Esther went immediately -
come to think of it , mother must have got her trained too by thenand found
Laddie's ...
226. oldal
Both sides of violent language as the others . the family had fallen out again by
suppose Christina told my mother then , though they had teamed up for that she
had left home , and mother , I the wedding , and it was Aunt Esther suppose , was
... 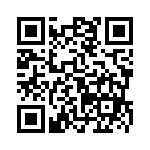