x. oldal
PHOTOGRAPHS APPEARING IN SC , VOLUME 63 , WERE RECEIVED FROM THE FOLLOWING SOURCES : Christie , Robert as Caesar , and members of the Festival Company in Act I , scene ii of William Shakespeare's Julius Caesar , photograph .
128. oldal
Joan wins her right to lead the French in this scene , physically conquering a man in the process , but in no way can we say that she is empowered , for she is not the one who controls how the characters look at the world .
340. oldal
As a matter of fact , in his ten - line soliloquy in scene iii of Act I , he acknowledges the fickleness of To this he ... has characterized his soliloquies in the preceding four acts . And change is not long in coming . By scenes iv ... 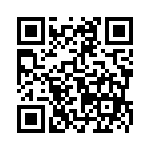