324. oldal
chose emigration, as did Frantisek Ladislav Rieger, or a return to their
professional activities. The only person who did not withdraw from his political
and moral principles and who, even after the unsuccessful May Conspiracy, did
not lose ...
325. oldal
To change this situation more radically, to transform existing banks into real
financial institutions supporting business activities, it was necessary that they
ceased to be mere state creditors and, at the same time, that they spread their
activities ...
579. oldal
That said, it goes without saying that at least some of the association's activities,
technical support and finances had to be run in a somewhat conspiratorial
manner. Above all, it was important that Charter 77 managed to survive the
regime's ... 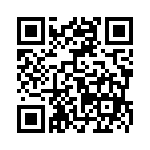