58. oldal
... such a certainty of facts , and such a punctuality of citation . I never before read Scotch history with certainty . ' I asked him whether he would advise me to read the Bible with a commentary , and what commentaries ...
224. oldal
I told him , that I was engaged as Counsel at the bar of the House of Commons to oppose a road - bill in the county of Stirling , and asked him what mode he would advise me to follow in addressing such an audience . JOHNSON .
256. oldal
Notwithstanding this ease and good humour , when I , a little while afterwards , repeated his sarcasm on Kenrick 2 , which was received with applause , he asked , “ Who said that ? ' and on my suddenly answering , Garagantua , he looked ... 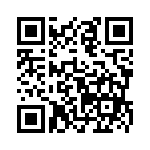