David Herbert Lawrence (1885–1930) was born in the mining village of Eastwood, near Nottingham, England. His father was an uneducated miner; his mother, a former schoolteacher. Lawrence began his first novel, The White Peacock (1911), while attending Nottingham University. In 1912, he ran away with Frieda von Richthofen, the wife of one of his professors. They were married in 1914. Suffering from tuberculosis, Lawrence was in constant flight from his ill health, traveling through Europe and around the world by way of Australia and Mexico, settling for a while in Taos, New Mexico. Lawrence and Frieda returned to Europe in 1925. Among his more than forty volumes of fiction, poetry, drama, criticism, philosophy, and travel writing are Sons and Lovers (1913), The Rainbow (1915), Women in Love (1920), Studies in Classic American Literature (1923), The Plumed Serpent (1926), and Lady Chatterley’s Lover (1928).

Daphne Merkin is an essayist, novelist and literary critic. She is a contributing writer at The New York Times Magazine and Elle, and she writes for Slate, Book Forum, and many other publications. 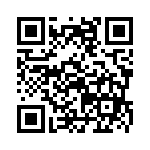