I'm ambivalent on the New Pocket Library collection of books. The introductions are nice, but every time I see that Moffett has "revised" the book, I wonder what it was he found necessary to change. I ... Teljes ÈrtÈkelÈs elolvas·sa

An excellent collection of classic Poe literature, known as the the "official" text. This includes classics such as The Tell-Tale Heart and The Pit and the Pendulum. A great read for anyone interested in great literary genius. Teljes ÈrtÈkelÈs elolvas·sa

Edgar Allan Poe (1809-1849) reigned unrivaled in his mastery of mystery. Born in Boston, he was orphaned at age three, expelled from West Point for gambling and became an alcoholic. In 1836 he secretly wed his thirteen-year-old cousin. The Raven, published in 1845, made Poe famous. He died in 1849 under what remain suspicious circumstances.

Barry Moser is the prizewinning illustrator and designer of more than three hundred books for children and adults. He is widely celebrated for his dramatic wood engravings for the only twentieth-century edition of the entire King James Bible illustrated by a single artist. He lives in western Massachusetts.

Peter Glassman is the owner of Books of Wonder, the New York City bookstore and publisher specializing in new and old imaginative books for children. He is also the editor of the Books of Wonder Classics, a series of deluxe facsimiles and newly illustrated editions of timeless tales. And he is the author of The Wizard Next Door, illustrated by Steven Kellogg. Mr. Glassman lives in New York City. 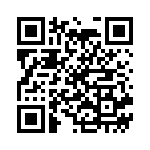