246. oldal
His eyes mellowed as he looked down the table , festive with longstemmed copas of the pale - golden wine , sparkling with icy condensation ; and with snow - white porcelain boats , brimful with almonds , one to each place .
262. oldal
So it was , and so the red deer of the Empress provided a story which , I think you will agree with me , " the ' little old man ' paused , raising his eyes from the antlers on the hall floor , " can be said to be the story of St Hubert ...
359. oldal
I think there was some " He paused , his eyes laughing , " some sort of marital irregularity . My uncle was a bit unorthodox . The old girl was older than he was ; so I imagine he thought she would soon follow him , and I would get the ... 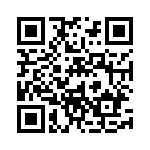